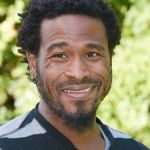 Gio, who has been educating young children for nearly 20 years, is known for inventing games, shaping curiosity on nature walks around Park’s beautiful campus and creating fun for the youngest campers on the Lily Pad. During the school year, Mr. Bradley-Campbell is a key member of the Park After-School Program teaching team. 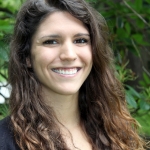 Ms. Cinquegrana has been teaching Spanish at Park since 2015. In the summer, Grace keeps the six- and seven-year-old Leap Frogs jumping through the Lily Pad. 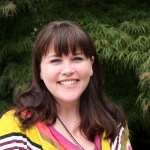 Whether she’s cooking up a storm at Creative Cooks, International Baking Program, Sew and Tell with Kyra Fries or having fun with campers at Extended Day, Tracy’s love and dedication to children, combined with her ability to create a warm and nurturing environment, are obvious. When she’s not at Summer at Park, Ms. D. directs Park’s After-School Program. 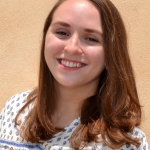 Teaching Apprentice and ASP teacher Courtney Grey has been working with children since 2014. This summer, she will lead the five- and six-year-old Leap Frogs all around the Lily Pad! 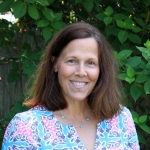 Kim brings 20 years experience as a technology specialist and integrationist, science and computer specialist, and classroom teacher. At Park, she is an academic technologist and makerspace coordinator. This summer, Kim will share her knowledge and collaborate with Megan McLean with campers in RoboZoo. 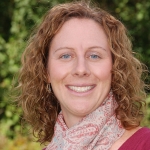 A  member of Park’s P.E. Department since 2001, Kara coaches soccer and softball. Before making her way to Summer at Park’s ever popular DayTrippers program, Kara ran a day camp in Lexington for two years and worked at Pierce School in Brookline. 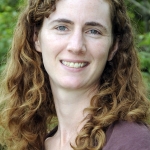 This summer, Kyra will lead a new camp, Sew and Tell, where campers will create their own projects from start to finish. When she’s not up to her ears in crafts, Kyra loves to cook and read. During the school year, Ms. Fries teaches English and is the Head of the Drama Department at Park. She has two daughters, ages 6 and 4 this summer, who love to make their own creations too! 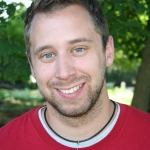 Scotty joined Park’s faculty eight years ago as a permanent substitute and after-school teacher after completing his degree in youth development at Springfield College. His many summers working at 4-H overnight camp combined with his passion for sports, art, and the outdoors, help create a fun and interactive experience for campers at Raiders of the Lost Park and Books That Cook. 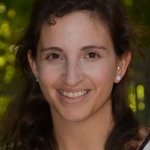 A member of The Park School Class of 2003, India returned to Park in the fall of 2013 as a Kindergarten assistant and an after-school teacher. She worked for five summers as a camp counselor in Westwood and joined the Summer at Park team in 2011. This summer, she will lead the ever-popular India’s Art Party.

Seventh grade English teacher by day, fourth and fifth grade After-School Program guru by afternoon, Maren is surrounded by children in fourth through eighth grades for most of her waking hours! This summer, she will be leading  our Marine Biology and Into the Woods – Woodcrafting programs. 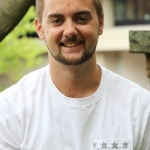 Little kids are Mr. Lyons’ sweet spot! He works as a Kindergarten Assistant and ASP teacher, and in the summer, he will provide three- and four-year-olds their first camp experience as Tadpoles on the Lily Pad. 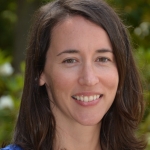 Beloved Middle Division science teacher Megan McLean returns to Summer at Park for a second summer co-leading RoboZoo with Kim Fogarty. Megan tries to learn something new about the world every day and is passionate about sharing her curiosity and love of science with young people. 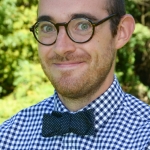 Paul has been a mainstay on the Park campus since 2001, when he first signed on with Summer at Park to lead DayTrippers. He has been on the Park School faculty since 2010, and now works as an assistant teacher in Grade III, and is also a member of Park’s After-School Program team. 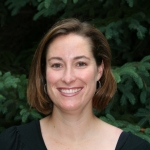 Ms. Offen teaches science to sixth and seventh graders at Park, heads the Growth Education Department, and coaches soccer, basketball and lacrosse. Heather loves “science because it helps us understand the world around us. It explains most everything from why we see to how our cars drive to why the we have earthquakes.” Join in the science experience with her this summer in CSI and G-Force. 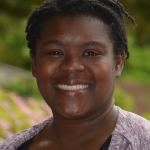 This summer, join Elyse in Written and Illustrated By… and Create and Design with 3D printing.  Ms. Seltzer received her masters in Library and Information Science from Simmons College and her BA in music from Wheaton College. She is the Upper Division Librarian and the newest member of the fantastic Park School library team. 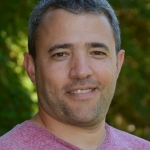 Mr. T has been a member of the Park School faculty and coaching staff since 2007 and is a beloved Physical Education teacher. In the summer, the fun continues as Paul will be helping to lead Downhill Derby and our Junior Golf programs. 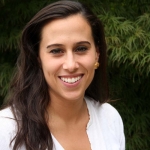 Ms. Walters has been coaching and teaching Kindergarten at Park since 2006. Summer at Park is a special place for Leah where she has been teaching since she was a teenager. Leah is excited to continue working at Summer at Park and can’t wait to whip up some culinary creations in the kitchen this summer in Creative Cooks. 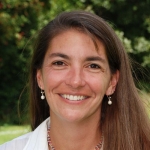 The parent volunteers on the Park Perspectives Editorial Board write articles on current events at the School and matters of interest to the Park community for this quarterly newsletter. We are always looking to grow our team of volunteer writers and photographers. If you are interested in learning more, please contact TheParkParent@parkschool.org

It’s 1865, and the Civil War, a war that killed about 625,000
On a recent Thursday afternoon, Betsy Platt’s Pre-Kindergarten class read books and
Does your child repeatedly refuse to get dressed in the morning? Is
Robert Greene, a nationally recognized consultant who specializes in organizational development and
On Friday March 2 and Saturday March 3, Park’s Upper Division (UD)
Go to Top