The Fall of 2019 will go down in the annals of Park School Athletics history as an epic demonstration of growth, collaboration, intensity, resilience, joy, and sweet victory! What more can you ask from an academic athletic program? 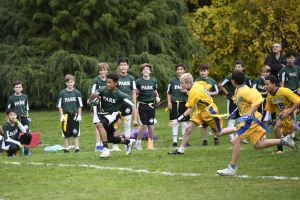 Flag Football: Our team began its second season on the windswept plains of Faulkner Field (Stadium) with a large roster loaded with both experienced eighth graders and exuberant sixth and seventh graders. In fact, the large roster forced us to add games to the schedule to get meaningful playing time for everyone. What we didn’t count on was the athleticism of the younger players – and Coaches O’Brien and Toussaint needing to “dial it back” on so many occasions. 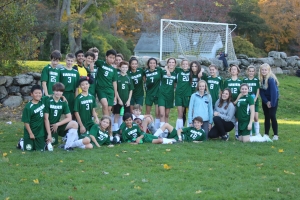 Soccer: The three Park teams had terrific seasons. The Girls Varsity team saw an influx of girls new to Park but clearly not new to soccer. Led by Coaches Offen and Hawkins and a formidable and talented group of eighth graders, the girls surprised many of their opponents this year with their terrific skill and even better teamwork. They finished the season, like the football team, with only two losses. The Boys Varsity and JV teams both had building years, with half of both rosters filled out by eager, hard working players from the sixth grade. And although we will be sorry to see our oldest players head off to other fields, the remaining group has a very bright future ahead of it. Coaches Fries and Arons (JV) and Little and James (varsity) all agreed that even with just a few wins this was a highly enjoyable and spirited season! 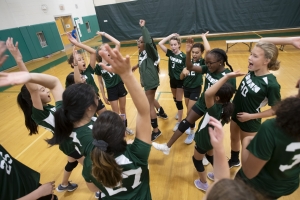 Volleyball: This team, like flag football, had a very large roster and an expanded game schedule to provide playing time for everyone. New and old players alike experienced winning games the majority of the time, while Coaches Young, Fonseca, and Ahmad had all they could do to keep the revolving door of substitutions spinning constantly. The improvement in both skill and game sense over the course of the season was incredible. This was never more evident than in the final two games of the season, when players new to the sport this year won points for the team in crucial situations. 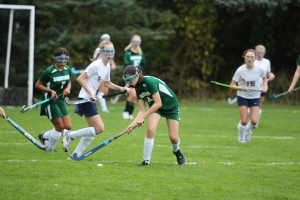 Field Hockey:  Just as they learned from their mentors in prior years, older players continued the tradition of learning by teaching as they took the younger players under their wings and taught them the game. Coaches Studley and Saltonstall have built a group that takes care of itself – even when scoring goals is a challenge. The highlight of the season came near its end, in a well-played game against Thayer Academy on their turf field. The girls showed to all how much they have improved! 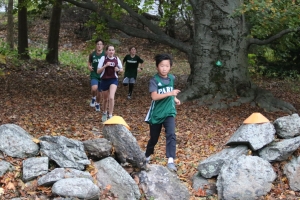 Cross Country: The cross country team proved to themselves that hard work truly pays off. This inexperienced team, under the tutelage of Coaches Savage, Buzby, and Tracey, worked hard day in and day out, and saw the results in a huge improvement in times and scores. At the 10th Annual Larz Anderson Invitational, the boys finished fourth out of 16 schools. Their win/loss record is tough to determine, because they participate in so many multi-school meets… but their success can certainly be gauged by the improvement in their times. By this measure, the boys had a wonderfully successful fall.

Near the end of the season, all of our teams (except Volleyball) headed over to Shady Hill for the annual Game Day events. This year, as in 2017, the day was split. Shady Hill won the Boys Soccer and Field Hockey games, Park was victorious in Flag Football and Cross Country, and the Girls Soccer team battled – in an epic game – to a 0-0 tie.

So, the Game Day Cup will reside in Brookline until the end of February when we will ship it over – via Brinks truck – to Cambridge. Overall this season, our teams finished with a combined total of 40 wins, 35 losses and 2 ties. 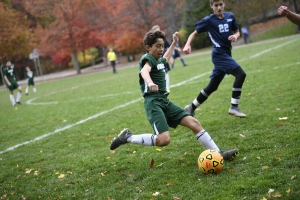 Bob Little is now in his 25th year as Park's Athletic Director and PE Teacher. He has coached soccer, ice hockey, basketball, and lacrosse to boys and girls at Park, Middlesex School, Beaver Country Day, Drew University, Amherst College and UMass Amherst. In addition, he gets to watch his three daughters play field hockey at Denison University, Holy Cross, and Ohio State.

In fall 2020, Park will officially open as a two-division school. Our
For over 40 years, Upper Division students at Park have gone on
There’s a steady flow of communication between Park teachers and families: regular
Now in his nineteenth year as a beloved Physical Education instructor, coach,
The Park School Library aims to provide the very best resources for
Go to Top