The Ghost Post is the name of Park’s “ghost light.” A ghost light sits at center on stages across the country when the space is not in use. Traditionally, it’s an exposed bulb with a wire cage mounted on a portable stand. It is illuminated when the stage is unoccupied. The practical use is safety, but there are myriad superstitions about the origin and purpose of these eerie lights. Some say the lamp is out to appease the ghosts. Some believe they spotlight ghosts playing and performing onstage, which prevents them from cursing the theater or sabotaging a production. At Park, we use the Ghost Post to mark when tech week begins–when it’s up, we know a play will come soon. 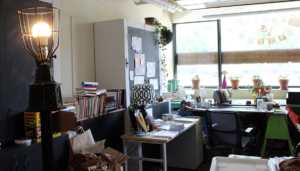 This year, the Ghost Post is down in the Theater Shop, where I’ve made my desk for the year. It’s been a light at the end of this strange tunnel when the theater has been dark for months, the creative energy and joyful celebration only an echo. No Mornings Meetings, guest artists, events, and–most important, no live productions. And yet I’ve kept it near me–knowing that the Theater will be full again soon.

And indeed, despite the empty space, 2020-21 has been a year with theater at the center. This year, the Park Drama Department has grown larger, reinvented itself, and shone on. This year, three innovative productions were created by Upper Division students, and audiences all around the world were able to watch and celebrate these successful endeavors. This year, students in Grades 6-8 had their first chance to take drama during the school day. This year, everyone had a chance to experience live theater out of the traditional theater space.

The year began with some good and hard questions. How could we…

This year asked all theater creators and goers to stretch their conception of what it meant to share a play. In the words of Grade 8 student Dillon Evans:

During rehearsals, we smiled, laughed, and joked. We practiced chorus numbers muted, without knowing what our voices sounded like together. We performed dance moves in front of computer webcams, not the audience’s eyes. We went into breakout groups to record our dialogue and faced the walls of our rooms instead of our fellow actors. And eventually, after all that work, we made a Winter Musical. We couldn’t be prouder of ourselves and everyone involved, that we pulled this off.

Indeed, I couldn’t be more proud of the 50+ students who participated in the not-normal productions of the 2020-21 season! Here’s just a snapshot of what they accomplished: 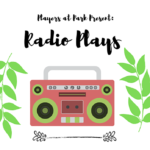 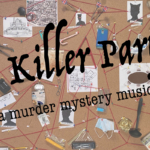 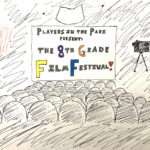 As I tell my drama students, “Drama teaches you how to be human,” and this was certainly the case, no matter what our circumstances, during this year of COVID and adaptation. We practiced each of the following “being human” skills practiced in drama classes this year.

All grades practiced listening every day. Two phrases: “Acting is listening,” “Acting is reacting” showed up daily with my students as we worked in the classroom. In everything we did, the underlying goal was deep listening and responding to others and self. Listening is the building block for all the other skills–hence the constant practice! 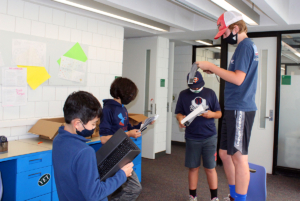 Grade 6 used creative problem solving in their approach to determining the character, location, and relationship in their “open scene.” Every pair/trio of students had the same lines, but the choices they made made the performances strikingly different!

Grade 7 used creative problem solving during a project where they had to work with limited materials to communicate a set, costume, or prop design as part of a production team. Their goal was to impact their audience with a theme, emotion, or mood as part of the pretend production of a play they’d read.

Grade 6 practiced collaboration in their final scenes as they rehearsed lines, blocked where they would stand, analyzed characters, and considered costume and prop choices as a team. These final projects were a wonderful display of negotiation and compromise…and celebration!

Grade 8 practiced collaboration on their “One Moment Project,” in which they told different parts of a story based on a shared image. Identifying and claiming part of a story larger than oneself is at the core of playmaking, and the Grade 8 students practiced this through a series of in class work periods and presentations.

Grade 7 practiced expression in their “Art of Speaking” project. In this, each student chose a topic and wrote a 3-5 minute speech. Delivering it in front of the class, they practice speaking style and confidence about their thoughts. The speeches were as unique as the students, and everyone had a chance to shine!

Grade 8 practiced expression in their final project in which they wrote a monologue in their own voice–or in the voice of another. Inspired by the genre of “Verbatim Theater” they’d studied, they considered stories that needed to be told, and chose one to share in both writing and voice.

Grade 6 practiced empathy by creating a character, considering all kinds of details about that person, and then writing a monologue in that person’s voice. Stepping into another’s mind through words and actions offers students the chance to consider and honor another’s experience.

Grade 8 practiced empathy through their reading of Twilight: Los Angeles, 1992, by Anna Deveare Smith. Written in a series of monologues, this play showcases the multiple experiences of a historically charged moment. Reading and responding to this material offered students the chance to consider the many ways different people can be touched by the same event.

Risk Taking and Self Confidence Building

All grades practiced risk taking and built self confidence through ever-present improv games. Whether executing the simple (yet profound) three line scene, being one head on a multi-headed monster being interviewed (with only one word per “head”), or “ranting” about a topic until interrupted, students practiced the three rules of improv: 1) Always say “Yes, and…” 2) Make your partner look better than you, 3) Don’t judge yourself or others–there is no perfect. These are such essential life lessons, and they were the scaffold of all that we did together.

And so the Ghost Post shines on: a symbol that the arts–at Park and beyond–have survived and thrived in a pandemic. The plays, classes, and conversations have given students in the upper division a chance to let loose, find joy, and take on new artistic endeavors. Through showing up in the theater–even when it’s dark–we have celebrated process and connection–things that will endure throughout time and keep us alight.

Around this time last year, we were gazing into crystal balls –
Later this month, we look forward to welcoming Caroline Beecher ’15, who
As this group of soon-to-be Park graduates thinks about their transition to
The finish line of the 2020-21 school year is in sight! Throughout
“Jack was frustrated today because he can’t read yet,” my third grader
Go to Top