The Park Parents’ Association DEI Committee and Speakers Series Committee co-sponsored a virtual speaking event with Dr. Christia Brown in February. Dr. Brown is a developmental psychologist whose work provides strategies for addressing gender stereotypes and biases to promote gender equity and the formation of positive gender identity in children. 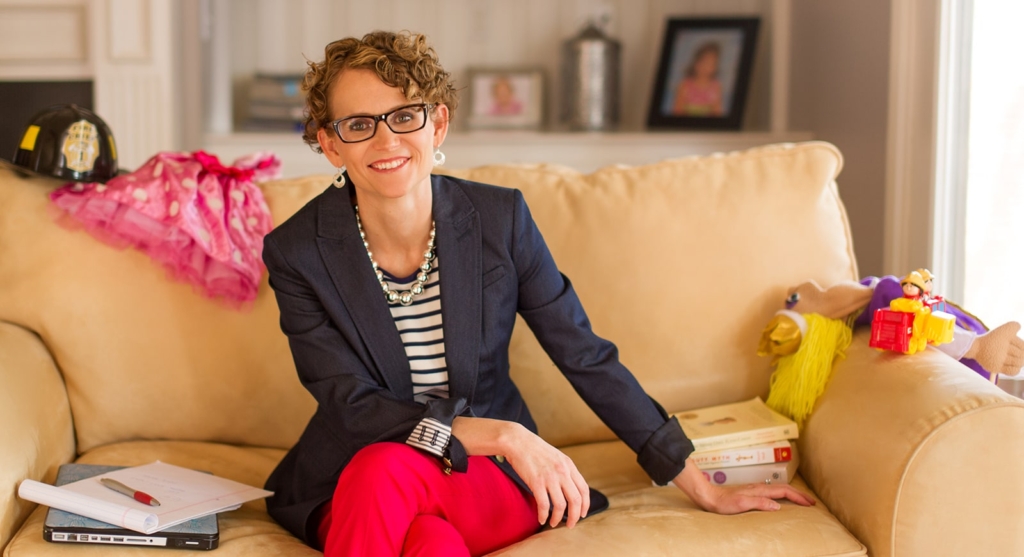 Key features of Dr. Brown’s works are the principles that gender is diverse and fluid with incredible variation in gender identity and expression, people should be treated equally, and we should be critical consumers of this biased world we’re living in.

Encourage mixed-gender friendships: When children play in gender-segregated groups, they are more likely to engage in gender-stereotypical play, which then bolsters their ability and affinity for those activities. This also limits their exposure and skill-building of non gender-stereotypical play. There’s an opportunity cost of activities and friendships they might also have enjoyed. Dr. Brown recommends encouraging kids to try activities outside their comfort zone, and praising effort instead of results for those activities. Parents should model trying new activities to motivate their kids to do the same.

Use gender neutral terms: Our society has an exaggerated binary that’s embedded in our language, for example “come on girls, let’s get in the car,” or “good morning girls and boys, ladies and gentlemen,” etc. The persistent use of gendered language reinforces a learned concept that gender is one of the most important defining features of our identity and shapes our behaviors. Gender labeling calls attention to gender rather than individual personalities and skills. Using gender neutral terminology like “Good morning, friends” is inclusive of non-binary students, and is helpful to all students.

Correct stereotypes and teach about bias: Individual children differ more from other children in their same gender category than the average boy differs from the average girl. When children encounter or repeat gender stereotypes, briefly point out differences within groups – i.e., “Dad actually keeps his car really neat, but your uncle’s car is messy; I don’t think it’s because they’re men” – and similarities between members of different groups – ie, “Mom loves mowing the lawn while Grandma doesn’t at all. Provide concrete counter-stereotypic examples. Dr. Brown believes that it’s more important to challenge stereotypes the moment you hear them than to occasionally have lengthy teachable moments.

Ask about pronouns and always use chosen names: According to Dr. Brown, this may matter more than anything else, noting that “When parents, schools, and adults use chosen pronouns and names for trans youth it reduces chances of suicide by 70%.” This allows people to feel heard and respected.

Create action plans for coping with bias: Children are going to go out into a world that has biases; help them be equipped to deal with that. Role play conversations and help your child find a way to respond that feels comfortable for them. A specific, layered plan is the most useful. It’s helpful if a child knows what they’re going to say if someone makes a comment about the t-shirt they’re wearing, has practiced saying it, and has a plan for which adult they’ll approach for help if their response doesn’t stop the behavior.

Take gender discrimination seriously: If we would speak out in a situation where actions or words were motivated by race or religion, we should speak out when they’re being motivated by gender. Like any system of inequality, gender biases are not going to dismantle themselves.

While her presentation to the Park community was not recorded, Dr. Brown’s website contains multiple resources, including an interview on Lindsey Hein’s podcast “Why is Everyone Yelling?” Her books Unraveling Bias (ebook) and Parenting Beyond Pink & Blue (audiobook) are available for members of the Park community on Sora through a student’s account. Sora instructions.

In the time leading up to the launch of The SPARK Campaign,
Middle school…those critical years when the adolescent identity emerges and kids crave
If you had been at Park recently, you might have seen a
Thinking back to the quiet campus to which I arrived at Park
The world needs your voice. Go ahead — it doesn’t need
Go to Top